Some people around here are so woefully unprepared for a catastrophe it's not even remotely funny. Irma just came though and did quite a bit of damage. Our area wasn't nearly as bad off as some, but we may not have power for another week to 10 days.

That being said, when some power was restored and a few restaurants opened, 3 hour waits ensued.

3 hours for a checker burger. No thanks.

hoards of people are keeping the grocery stores busy and shelves empty.

At least most peoples' water is still on, or they'd be fucked.
Posted by Tangalor at 12:56 PM 1 comment:

It's been a while, but I'm back. Time flies when you're working your ass off and have a family to raise.

In any case, I'm back, and man, how much I, and things, have changed since I've been gone. reading these old posts took me back!

Age is a bitch, but wisdom comes with it, and I suppose I'll take that payoff.

And so mine must be.
I've been busy.

Well, Thinking of a way to make TADPOLE sound bad-ass took me 15 seconds, but...

Anyway, my pieces will be farther apart than they used to be (minus the months in hiatus), but closer than they were (plus the months in hiatus) which means, er... a few days. I've decided to actually think out my posts instead of randomly patch together concepts in 15 minutes, as has been my MO since being here (er... well, minus the months on hiatus...). More in a  few days. Hopefully they'll be a bit... hmm... 'broader'. My thinking is usually non-linear, so my abstract writing is hard to decipher sometimes... or, maybe it's too simple... I write like I think: In quick indeterminate bursts that are meant to obfuscate my reality... or yours.

We see only reflected light deep within our caves...

Plato's The Allegory of the cave has always made me think about life outside of my little cave. The Basarwa man from the desert of Africa will see things far differently than the man in Oregon.

We're all in our own caves, seeing reality and the stories before us as truth. But, how do we know?

It's become clear to me over the past several months that the things we read and watch are nothing but a reflected light show, entertainment to keep us chained in our caves.. passive, docile, obedient, complacent.
I had my suspicions, of course, but thinking hard about this was warranted.

Law and Order: STFU and CSI: WTF-EVER have not helped us from our caves, have they? Have they made us better people by watching them? Have they helped us become more than we can be? I'd say the opposite is true. These 'Idiot-Box' shows have enslaved a lot of people, made them 'feel the need' to talk to authorities without a lawyer for any. and. every. single. reason. They've made people into blithering idiots in a lot of ways.

This whole 'Flock Mentality' is going to get a lot of people hurt and/or killed before the proverbial day is done.

Will people ever see the flickering reflections for what they are? Will they ever feel the need to turn around and look behind them, to see the machinery involved in enslaving them? Will they ever walk into the daylight and look at the splendor and truth in sunshine? My hope is yes. Yes they will. But: Probably only as a last resort, and probably many of them kicking and screaming on the way out, as babies who don't want to take baths.

At that point, when everyone wakes up at once, the proverbial 100th monkey, Will things be different? Or will we construct new caves, and watch new and improved lights flicker?

We take for granted how much information is truly out there. From Googlegangers to String Theory, and everything in between. All there, at the click of a mouse and a few finger movements, for anyone to see.

Dangerous, Exciting, Terrifying. May you live in interesting times, indeed.

I love knowledge. Knowing is being prepared; even if it's just theoretical knowledge that you haven't put to the test, at least it's something you can go on.. a direction, if you will.

There's a great website I like to visit often: How to Make Everything. Sure, it's not much to look at graphic-wise, but I'm not looking for fancy pixels. I'm looking for information on a vast scale.. And, again, sure, some of the links are dead, but most work, and there's a lot of them. Mostly for the distribution to 3rd world countries (which, ironically, we may be one of those soon...), the site is free for the perusing and free downloads of all information within. The sister site is here, with over 13 Gigs of information. Agriculture, Metalworking, Macro and Micro Economics, you name it, it's in there.

Full of plans ranging from outhouses to large houses, and all points in between. These are in .PDF format, so you'll have to save and open.

Hope this helps in preparing.

If knowledge is power, than What Hath God Wrought?
Posted by Tangalor at 11:20 AM No comments:

Got back with a few nice grabs! 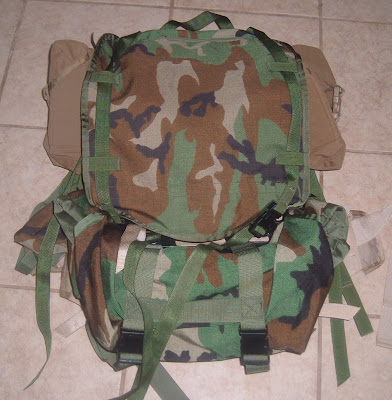 Pack. Complete with two side mount pouches, butt pack, and frame. $25 (I'm finally updated from Alice, and at a way decent price..) 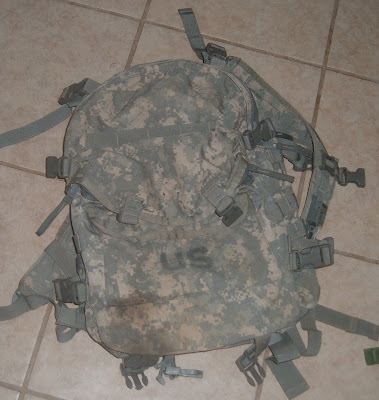 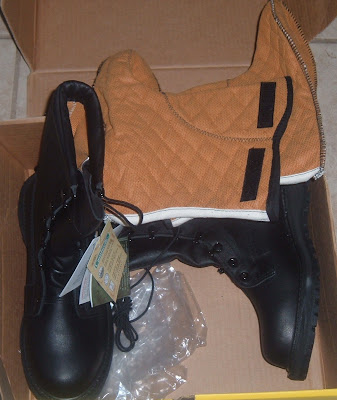 So, for $53 (admission $8) I was able to come home with some good deals. Made a contact with a guy who makes really nice knives.. interested in learning the process. All-in-all, a great day!
Posted by Tangalor at 1:38 PM 2 comments:

Finally! A Gun Show I can go to and maybe spend a little cash! I'll update later today and share what I came back with.

Wish me luck!
Posted by Tangalor at 7:10 AM No comments: